Update: Baratza Virtuoso has been upgraded to Virtuoso+ with a slight difference in features. The previous model is no longer available on the market.

It’s just not about the consistency, measurement, and the quality of coffee beans, there’s also a factor that matters the most to make your favorite ‘cup o’joe’; the grind.

There is a lot of buzz about two grinders of Baratza; the Encore and Virtuoso+. Both are entry-level coffee grinders, but what are the differences, and which one is the best pick for you?

To figure out the key differences, I spent enough time to take a closer look at both the machines, and then I pen everything down to help you make a better decision.

Baratza Encore vs Virtuoso Plus

Let’s discuss this in detail… 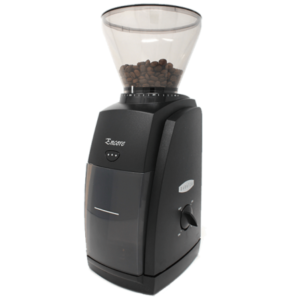 Standing at 13.3 inches tall by 5.5 inches wide and reaching back to the depth of 3.3 inches makes the Encore a compact-sized grinder that won’t take much space on your kitchen counter.

The extra weight, made with reinforced thermo-plastic, gives machine almost a bulletproof look and feel that won’t strain, crack or collapse.

Other than its sturdy manufacturing, it’s having a transparent bean hopper (8 ounces capacity) right at the top that deposits the whole beans to feed towards a pair of conical burrs with a small difference between them. 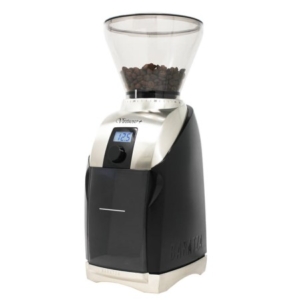 This image is the courtesy of Baratza.

It’s standing at 14.5 inches high by 7.9 inches wide and 3.3 inches to the back of the depth. It’s comparatively bigger and yes, bulky than the Encore.

I figured out, this additional weight is because of the silver metal accent at the top and bottom of the grinder. It’s a more robust appliance with a sleek and minimalist design than Encore that looks great on your counter without occupying more space.

Barraza followed the same design for both Virtuoso+ and the Encore, so there is no difference in terms of architecture; having a transparent bean hopper at the top, a front-mounted pulse button at the front, and a cabinet at the bottom

.When it comes to aesthetics, the major difference is that Virtuoso+ parts are made of shiny stainless steel as opposed to thermo-plastic, which might make it more appealing in terms of style.

Just like the Encore, the Virtuoso+ hopper also holds 8 ounces of beans but an advantage is that Virtuoso+ grinds beans faster than the Encore, so surely you’ll go faster through your cup of joe, too.

Baratza Encore has a grinding speed of 0.8g/sec — 1.1g/sec, this means, one minute of grinding can make you grounds enough for making 4 – 6 cups of coffee, depending on the size of your cup and travel thermos. Baratza has upgraded the gearbox (GB 2.0) in Encore for faster and quieter performance. By using a high torque DC motor, it grinds the beans at 450 RPM (rotations per minute) to make the operation more smoother and less hot as you won’t like your beans to be roasted due to excessive heat when grinding.In addition to that, Encore’s gearbox has a thermal threshold to cut the power to gear thus prevents overheating.

The speed to grind of Baratza Virtuoso+ is 1.5g/sec — 2.4g/sec, this means it will prepare more grounds in less amounts of time as compared to the Encore. This might make it more convenient for families with a lot of coffee drinkers and office break rooms with enough coffee demand in less time. Just like Baratza Encore, the Virtuoso plus also runs smoothly without making annoying noise, but it runs at 550 RPM, which is comparatively faster than the Encore so there are chances it may burn your beans if it grinds too fast that will eventually affect the taste of your coffee. But there’s a catch, Virtuoso+ provides adjustable settings for its electronic speed controller to modify its RPM between 405 to 550 rotations per minute. To do this, you’ll have to break open the gearbox unit and fiddle with its controls.

Baratza Encore is an entry-level grinder so, it doesn’t have an overcomplicated design that will leave you scratching your head as you try to brew your morning cup of joe. It’s specifically designed for home brewers who don’t need to a have more than basic knowledge under the belt to operate the machine for grinding the beans.

Here are pretty simple ways to use the grinder for grinding your beans:

Baratza Virtuoso+ is the next level grinder than the Encore. It’s a simple machine having more advanced settings that give you full control over the grinding process without having a pain in the neck.

Here are the ways to customize your grinding process:

Both Virtuoso plus and the Encore offer the same grind range between 250 to 1200 microns for a variety of brewing methods.

Baratza Encore and Virtuoso+ are pretty much similar when it comes to long-haul maintenance.

You don’t need to attack the machines with a screwdriver as parts are easily detachable and adjusted in the same way, so there is no fuss or mess when it comes to cleaning. The parts are made of stainless steel and plastic, so it’s easy to wipe down and remove the debris.

One major aspect that plays an important role in maintenance is the life expectancy of burrs. There is no clear-cut answer for how long the burrs will last, it depends on the kind of coffee you use, degree of roast, grind size, the volume of ground, etc.

However, It’s no difficult to figure out when to change the burrs, one clear indication is when your grinder is no more capable of grinding coarser anymore. Baratza recommends replacing the burr after grinding the 500 – 1000 pounds of coffee.

Furthermore, all the products by Baratza are backed up by 1-year warranty that covers all the defects and mishaps. So, in case of any mishap, you can then send machine back to Baratza for repair.

Prices of both the grinders will fluctuate depending on the market, so I won’t be quoting them directly here. But the price of the Virtuoso+ will be higher, around $50 to $100, than Encore as you’ll have to pay for advanced features including power, speed, and convenience.

But remember, Virtuoso+ grinds the beans faster, it will reach the recommended 500 – 1000 pounds of coffee faster, so you’ll have to pay for replacement parts soon as compared to the Encore, which being comparatively slower, will reach lately.

Baratza Encore, being an entry-level grinder was designed specifically to provide high quality grinding experience in an affordable price, so it’s made with thermo-plastic.

On the contrary, Virtuoso+ front panel and bottom replaced with brushed stainless steel, weighing 8lb as compared to 7lbs of Baratza’s Encore.

Though, Encore is made with plastic, it doesn’t mean it’s not durable. Both the machines are constructed with high-quality material, so durability is the obvious factor.

Of course, both Encore and the Virtuoso+ have 40mm conical burrs, but they aren’t the same. There are definitely key differences between both of them which set them apart.

The Baratza’s Encore uses M3 cone burr and Virtuoso+ uses an upgraded M2 cone burr. You can see the subtle differences between both of them in the given images below: 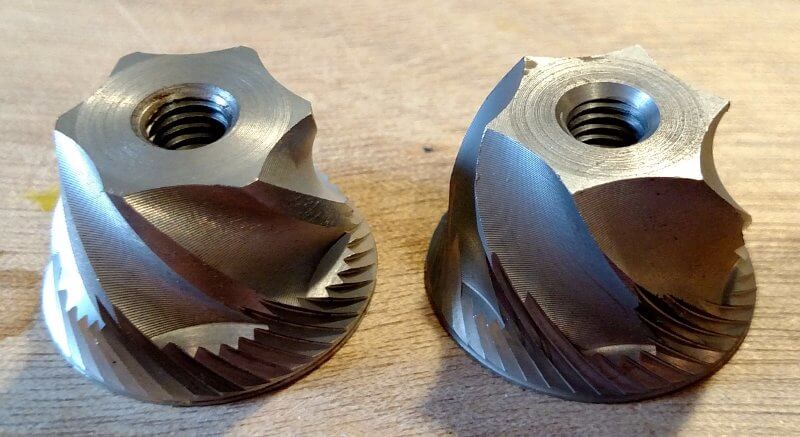 There are obvious differences side by side; you can see that Virtuoso+’s M2 cone burr, which is also used in Baratza Preciso, come with blades that creep up longer on the edges, and overall the cone of the M2 burr is more round, whereas the Encores M3 burr have blunted edges on the tips of the star.

**The above images of cone burrs are courtesy of user (skippdaddy) on Home-Barista.com**

M3 vs. M2: The Difference in Quality of Grounds

With Baratza Encore, you can easily grind for French press, drip, and pour over but it won’t be best suited for espresso unless you use it with a pressurized portafilter.

The Encore M3 cone burr has coarsest settings for French press coarsest grounds, and you’ll see more inconsistency which is pretty usual in the grinders. However, if you’ll move the settings to inwards, you’ll notice more fine grounds with better consistency but won’t be decent enough for a better espresso.

On the other hand, Baratza Virtuoso+ M2 cone burr delivers the uniform grounds from coarsest to fine grounds. The major difference is that it provides the more fine grounds suited exactly to deliver the perfect quality espresso shots.

Baratza Encore Vs. Virtuoso+: Which One Is Right For You?

After the showdown between Baratza Encore and Virtuoso+, which one should you consider buying?

The answer is; it depends!

Both Baratza Encore and Virtuoso+ are high-class grinders, specifically designed for home brewers to help in getting the perfect sized coffee grounds in just a matter of few seconds.

Here is my take to help you make an easier decision:

Pick Baratza Virtuoso+: If you want to enjoy all types of coffee drinks without compromising on espresso as well.

Pick Baratza Encore: If you want to brew Fresh press, pour-over, drip, etc but will suffice for espresso in a pinch.

Personally, I think a 60-second timer isn’t a big deal to consider, I won’t mind switching the Encore’s switch to the OFF position once I’m done grinding the beans.

So, in a nutshell both machines are great, picking up the Encore won’t foil you but if you’re willing to spend extra bucks for an upgrade with some extra features then Virtuoso+ will not disappoint you either.