There’s nothing quite like a hot cup of tea or coffee to jumpstart your day. But what’s the difference between these two beloved beverages? If you’re worried about your caffeine intake, keep reading to discover what’s healthier when it comes to caffeine in tea vs coffee. 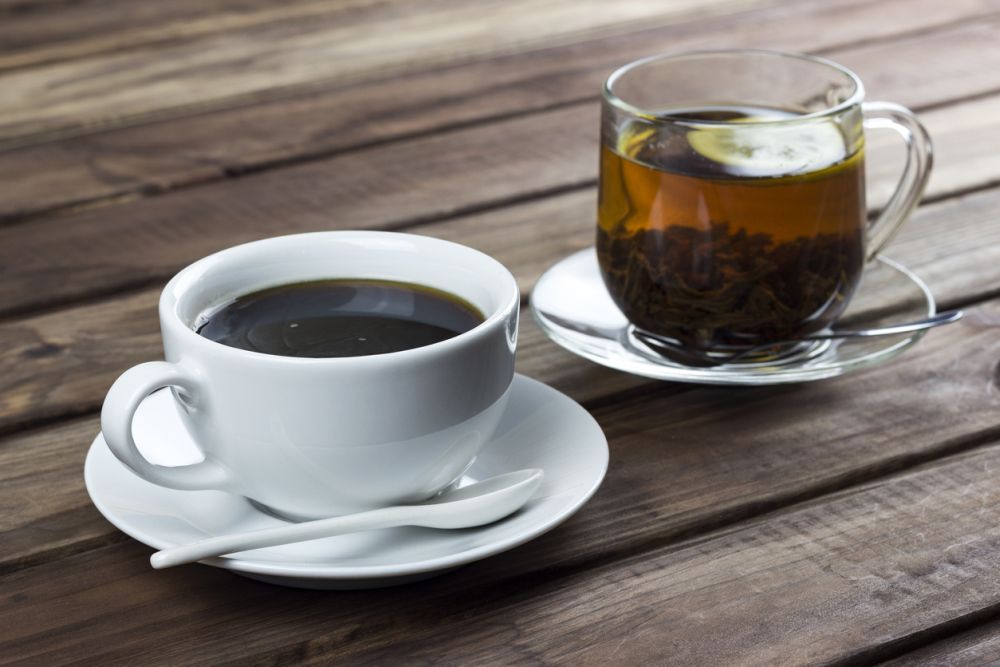 When morning comes, many of us go to the kitchen to get our caffeine fix, but we’re left wondering whether to choose tea or coffee.

Although both are caffeinated drinks, the two beverages have their benefits and drawbacks. Let’s take a closer look at caffeine in tea vs coffee. 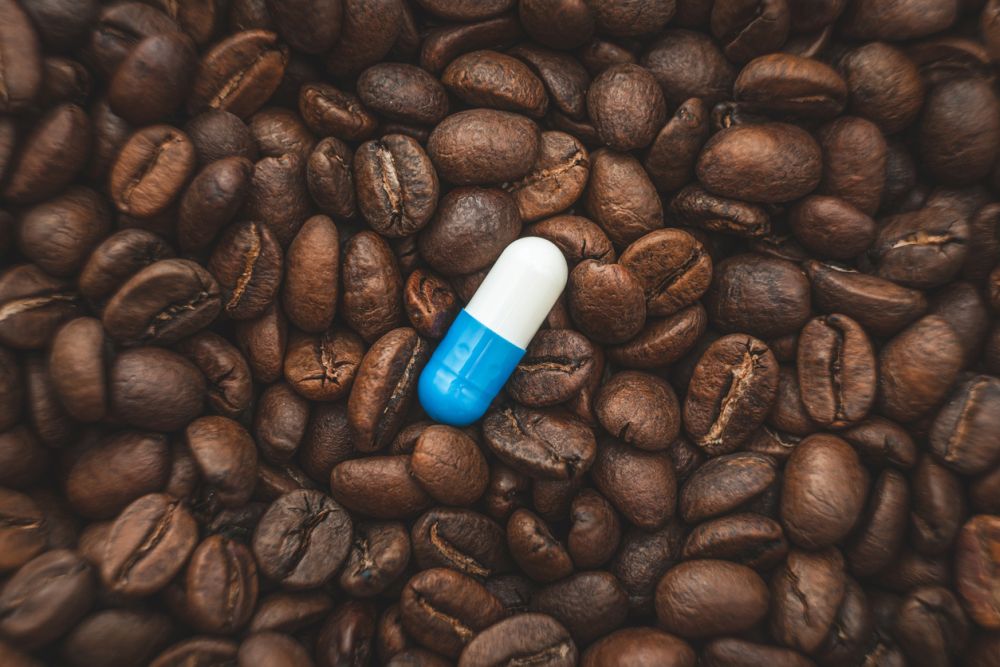 Everything You Need to Know about Caffeine

You’re probably reading this article to understand which of the two beverages provides the most caffeine or is the healthiest.

To do that, let’s first understand what caffeine is and how it works.

Caffeine is a stimulant that occurs naturally in both tea and coffee beans. It’s what gives these beverages their characteristic pick-me-up effect.

The substance is considered safe by the US Food and Drug Administration. Although, like all stimulants, there are thresholds you should never exceed.

For example, a study reported that 400 mg of caffeine every day would not pose any threat to a non-pregnant adult, while pregnant women can have daily intakes of up to 200 mg per day.

As a point of reference, a regular cup of coffee can contain between 80 and 175 mg of caffeine, which depends on the bean, roast, and brewing method.

It blocks adenosine, a neurotransmitter that promotes sleepiness. It’s why we often turn to caffeine to stay awake and focused.

How to Avoid Caffeine Overdosing

How Caffeine Is Extracted from Tea and Coffee

In both cases, caffeine is extracted due to the hot water coming into contact with the solids added to the brewing vessel.

In coffee, the water quickly reaches temperatures high enough to cause the caffeine and other compounds to be released from the grounds.

Meanwhile, in tea, the leaves are slowly submerged in water and allowed to steep for a while. 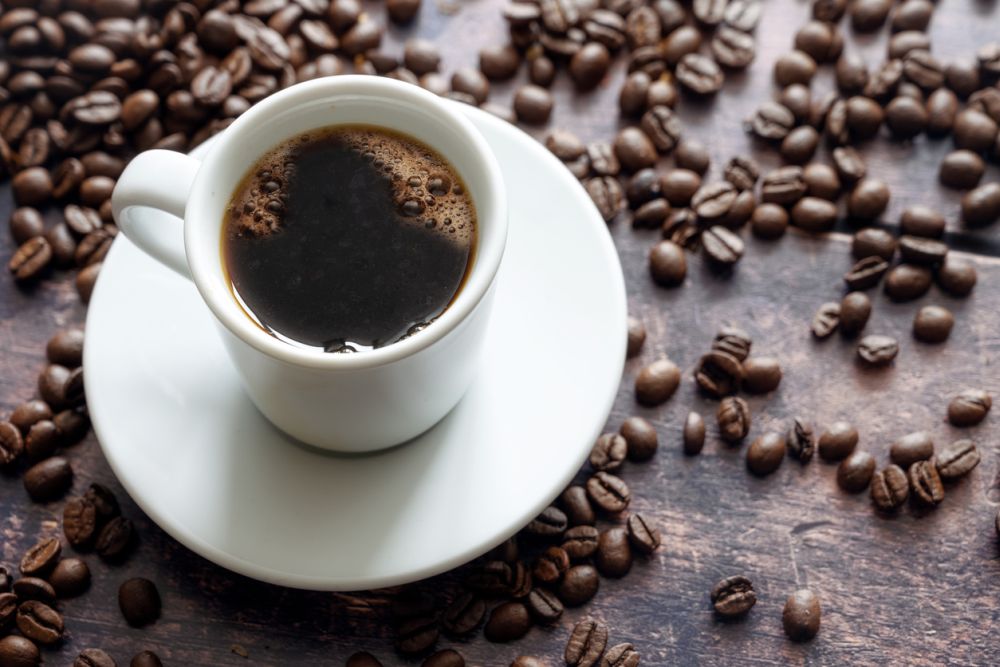 Since coffee has a higher concentration of caffeine than tea, it takes less time for the stimulant to enter the bloodstream and start working.

Not only that but the caffeine can be more or less diluted, depending on the cup size or brew type.

That’s why we sometimes feel a stronger kick from a single espresso than from a large cup of drip-brew coffee, even though drip-brew has more caffeine.

One way to lessen the sudden surge of energy brought on by caffeine is to drink coffee with cream or milk; the fat content significantly reduces the caffeine’s absorption rate into the bloodstream. Alternatively, you should drink coffee while eating a meal high in fat, protein, or both.

If you’re out shopping for coffee with a powerful kick, check out these brands: 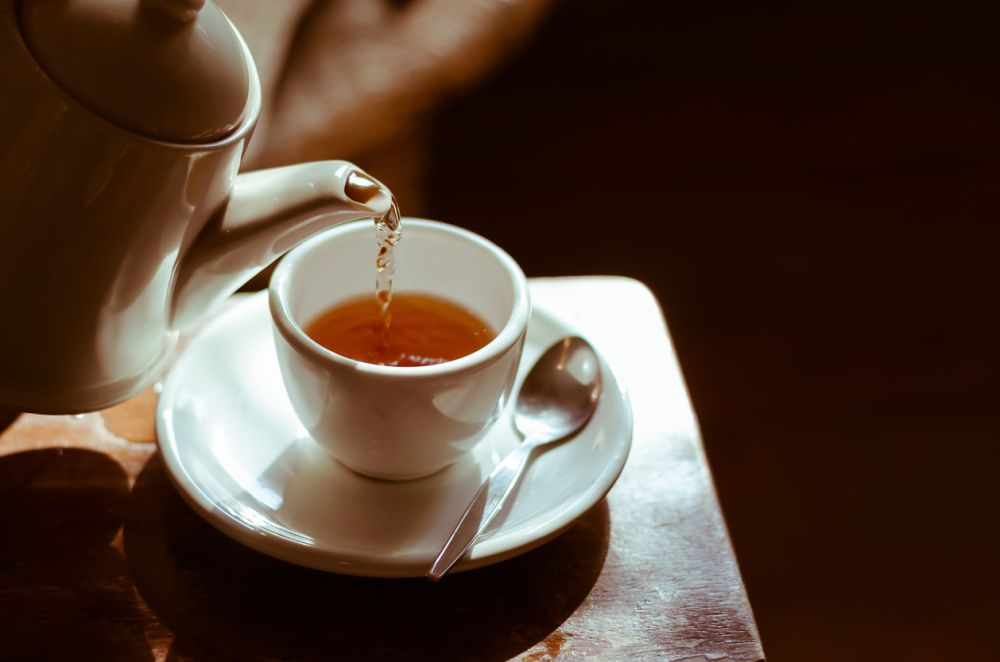 Now, let’s see how much caffeine is there in tea.

Tea contains more caffeine than a coffee per unit of weight. Still, many caffeine addicts prefer coffee. So you might be wondering why:

The hot water used for tea rarely (if ever) reaches the temperatures of coffee machines, so less caffeine will be extracted.

With so many variables, it’s no wonder that people prefer coffee since it’s easier to make, even coffee types that requires a more hands-on approach, such as pour-over coffee.

Leaves can greatly impact the amount of tea caffeine, even those harvested from the same plant:

If you’re looking for excellent tea choices that can help you with your caffeine cravings, check these out:

Caffeine in Tea vs Coffee (FAQ)

Discover more useful information about caffeine in tea vs coffee:

In chemical composition, caffeine in tea and coffee is the same. But it varies by concentration – coffee generally has more caffeine than tea.

Which has higher caffeine, tea or coffee?

Coffee has a significantly higher caffeine concentration than tea. But tea leaves have almost twice the amount of caffeine as coffee beans per unit of weight.

Does caffeine have any other names?

Can you overdose on caffeine?

Yes. A fatal amount of caffeine has been reported at 80 to 100 micrograms/ml blood levels, which might be obtained from ingesting around 10 grams or more.

Caffeine in Tea vs Coffee (Verdict)

So, which one should you choose?

Coffee is probably the better choice if you need a quick caffeine fix. It’s also easier to make, and there are more ways to customize the strength of your cup.

On the other hand, if you’re looking for something a bit healthier and less acidic, tea might be the way to go. It also has a wider range of flavors, so you can find something that suits your taste buds perfectly.

In the end, it all comes down to personal preference, so try out both and see which one you like best.