Drinking coffee has been elevated to an art form, and one popular way to add a bit of flavor to coffee is by adding cinnamon. Keep reading to find out the correct way to do it. 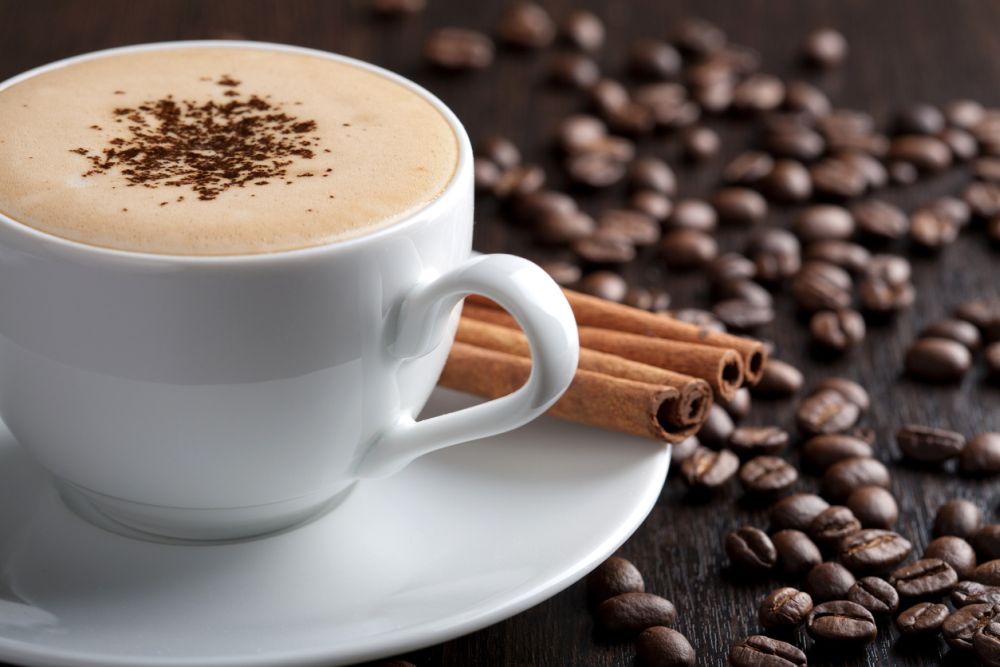 If you’ve ever tried stirring ground cinnamon into your cup of joe, you know that it doesn’t always dissolve well.

That being said, this article will be presenting a few tips on how to get that perfect cup of coffee with dissolved cinnamon.

Can You Dissolve Cinnamon in Coffee?

The term dissolve means turning a solid into a liquid and incorporating it into another liquid.

Unfortunately, this can’t happen to cinnamon since cinnamon is nothing more than extra flavorful ground-up tree bark.

Well, tree bark is made entirely of woody fibers – none of which are soluble.

However, when it comes to flavoring your coffee, you don’t need the actual cinnamon to be present – just the flavor.

How to Dissolve Cinnamon in Coffee to Create a Delicious Beverage

Since you can’t dissolve cinnamon, we’ll be showcasing several different ways in which you can extract the flavor of cinnamon and blend it perfectly into your coffee.

The most common way to add cinnamon flavor to coffee is by mixing it in with the coffee grounds before brewing.

This will give your coffee a subtle cinnamon flavor, although this does come with a few drawbacks, depending on the brewing method: 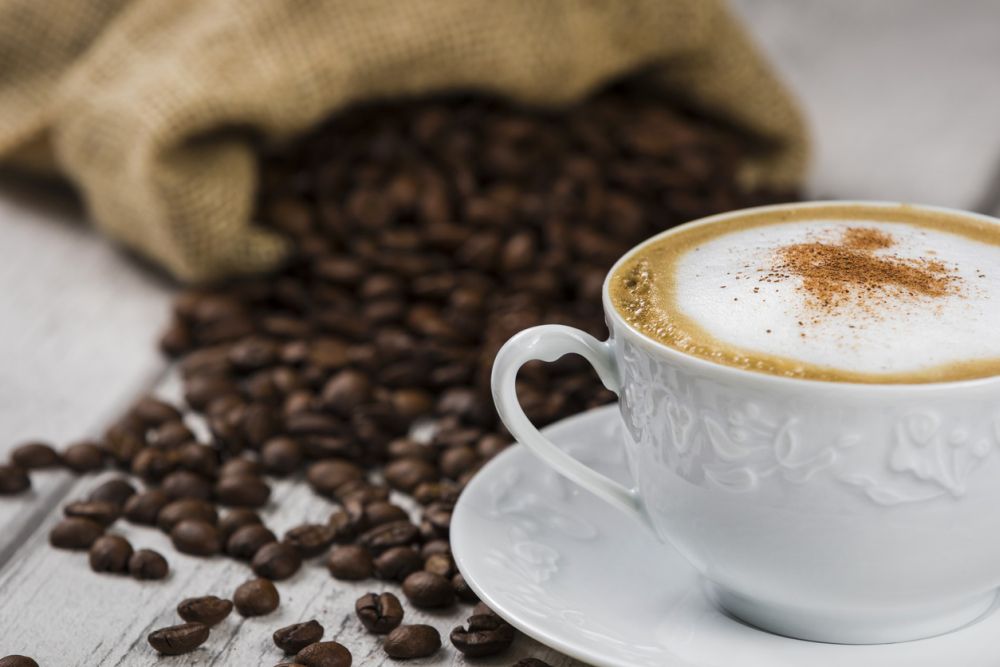 Another way to include cinnamon in your daily coffee is to mix it with your coffee cream.

This is a popular method since it’s very effective and doesn’t require special brewing equipment. Just add a bit of cinnamon to your coffee cream, mix it well, and then add the mixture to your cup of coffee.

It works because the cinnamon won’t be gathered all on top, thanks to the fatty cream and milk. At the same time, it won’t let the cinnamon end up at the bottom of your cup.

This method is somewhat similar to the previous one; only instead of mixing the ground cinnamon with the coffee cream, you’ll be dissolving it in a separate container with a mix of water and sugar, or water and honey.

Bring your mixture to a boil so that the cinnamon flavor is released, then add it to your cup of coffee.

This is a great way to ensure that you’re not getting any bark chunks in your cup of coffee. And the cinnamon flavor will be evenly distributed.

Besides, you can store this homemade cinnamon syrup in the fridge and use it on pancakes, oatmeal, and even cocktails. 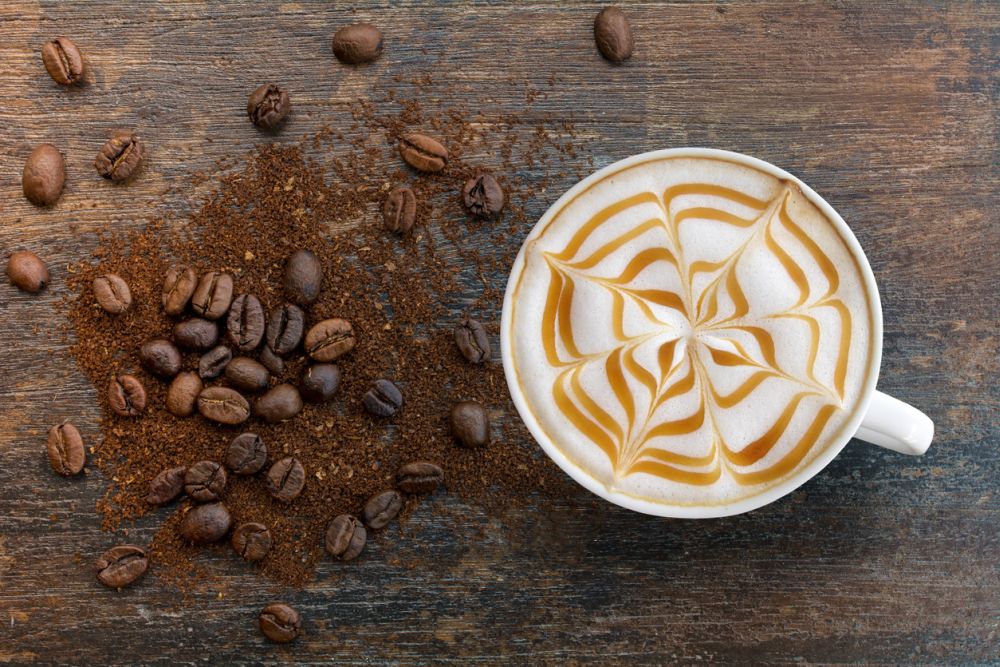 4. Sprinkle Cinnamon on Your Coffee

If you’re only interested in feeling a subtle aroma of cinnamon, another easy method is to sprinkle some on top of your coffee.

It will work with any brewing method, and you don’t have to worry about the cinnamon sinking or floating because it’s already in granule form.

Plus, this is an excellent solution if your coffee has plenty of foam or whipped cream since you can use it as a garnish or even for decorative purposes (you’ve seen latte art by now, for sure).

This particular method is clever since you don’t end up with actual cinnamon in your coffee but 100% flavor.

Simply store your coffee grounds together with a cinnamon stick, and let the two of them mix and mingle.

When it’s time to brew your coffee, take out the cinnamon stick and add the grounds to your coffee maker as normal. This will infuse your coffee with a fantastic cinnamon flavor that’s not too strong but just perfect. 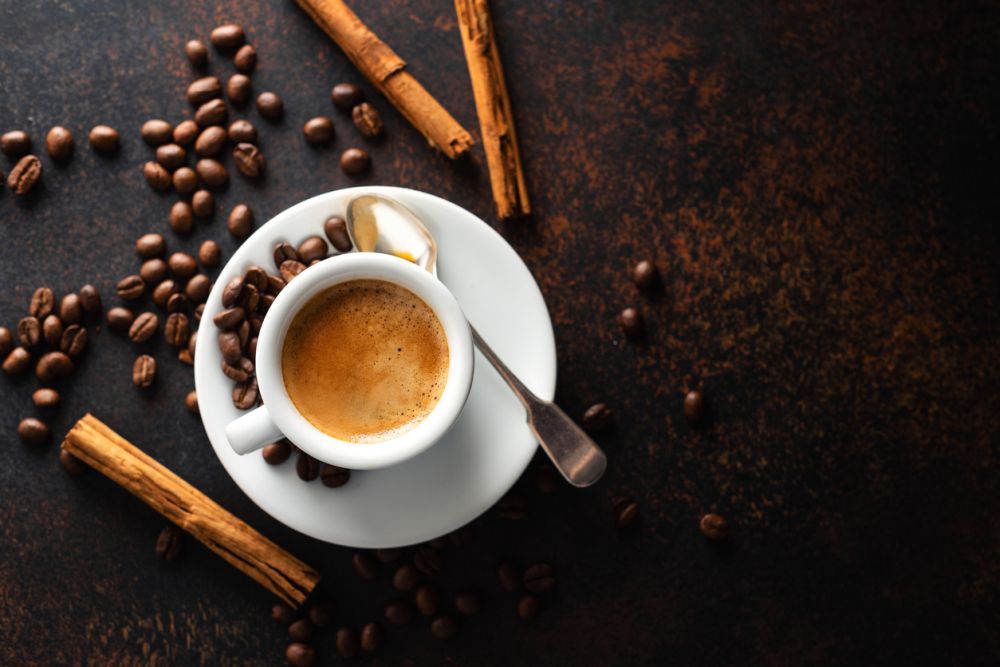 6. Add Cinnamon Sticks to Your Coffee

This is yet another method that allows you to gain all the benefits of tasting cinnamon without dealing with sediment in your cup.

Just brew your coffee using whatever method you like (even espresso or Americano), and place a cinnamon stick in the hot coffee.

Let it sit for 3-5 minutes so that the cinnamon has time to infuse its flavor into the coffee, then remove the stick before serving. You can also leave the cinnamon stick in your cup to keep tasting its flavor.

7. Use a Soluble Cinnamon Substitute

Technically, this last method could be considered a form of cheating since you’ll be using cinnamon-flavored soluble substitutes instead of genuine cinnamon.

These are usually powders that dissolve in liquids, which come in various flavors. Just add the desired amount to your coffee, stir well, and let it sit for a minute or two so that the powder can dissolve.

While you may not be gaining any of the health benefits of real cinnamon, this method is by far the easiest way to get that desired flavor without any hassle.

However, keep in mind that the flavor will never be as good as authentic cinnamon. 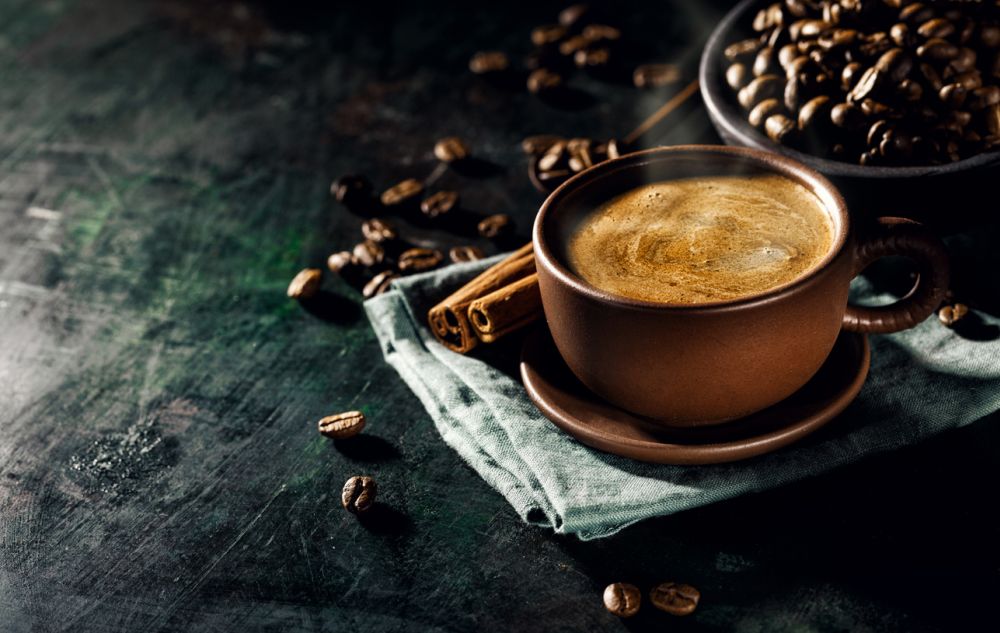 Why is cinnamon difficult to dissolve?

Unlike sugar or salt, which are crystallized substances, cinnamon is a tree bark made of vegetable fibers that don’t dissolve at all. That’s why you must create cinnamon infusions.

Does cinnamon powder dissolve in coffee?

Unfortunately, the cinnamon powder doesn’t dissolve in coffee, no matter how fine it’s ground. You’ll have to use one of the methods mentioned above to make your coffee taste like cinnamon.

How do I put cinnamon in my coffee?

What happens when you put cinnamon in your coffee?

When you add cinnamon to coffee, you’ll end up with an infusion of cinnamon flavor that will be present in every sip.

This is why it’s important to start with small quantities and add more to taste so that you don’t end up with a cup of coffee that’s too strong.

How do you keep cinnamon from clumping in coffee?

Try using whole or broken cinnamon sticks instead of authentic cinnamon. Or you can strain your coffee before serving it.

While cinnamon can’t technically dissolve in coffee, there are many different methods by which you can extract its delicious flavor and blend it in perfectly.

So whatever your preference is – mixing it in with the grounds, adding it to the cream, or just sprinkling it on top – there’s a way for you to enjoy a cup of java with some added cinnamon flavor.

If you have any questions or suggestions, don’t hesitate to let us know in the comments below.