Coffee fans rejoice, you can choose between two delicious ways to make coffee: espresso vs French Press coffee. But what sets them apart? Well, the truth is that there are plenty of differences between the two brews, which we are exploring in this article. 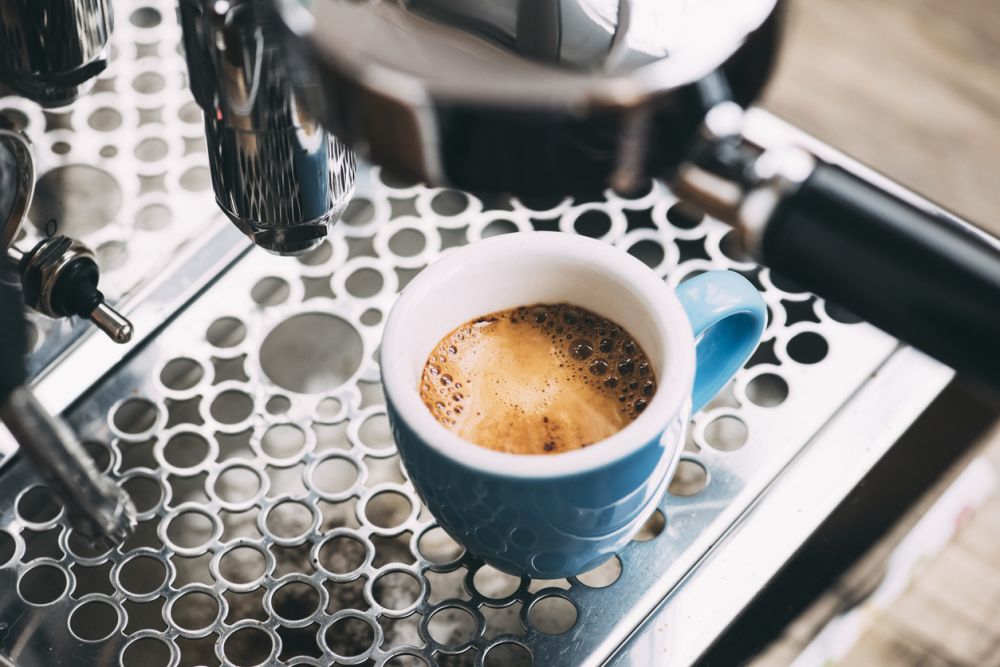 Keep reading to discover the differences between espresso vs French Press coffee regarding the grind, flavor, texture, caffeine, brew time, and other aspects.

Espresso vs French Press Coffee: Everything You Need to Know

If you’re not much of a coffee fan and all you ever tried is vending machine or drip brew, you’re probably wondering what a French Press or espresso is.

What Is French Press Coffee?

French Press coffee is made by pouring hot water over ground coffee beans and allowing it to steep for a few minutes. The French Press slowly pushes the brewed coffee down a metal screen, trapping the grounds at the bottom of the pot.

The serving size of a regular French Press cup equals regular drip-brew coffee: around 250 ml (8 oz). If you want to try it at home, learn more about how to make the best cup of French Press coffee.

Espresso is made with finely-ground coffee beans packed tightly into a portafilter, where hot water is forced through them under high pressure. This produces a thick and creamy coffee with a layer of foam on top. 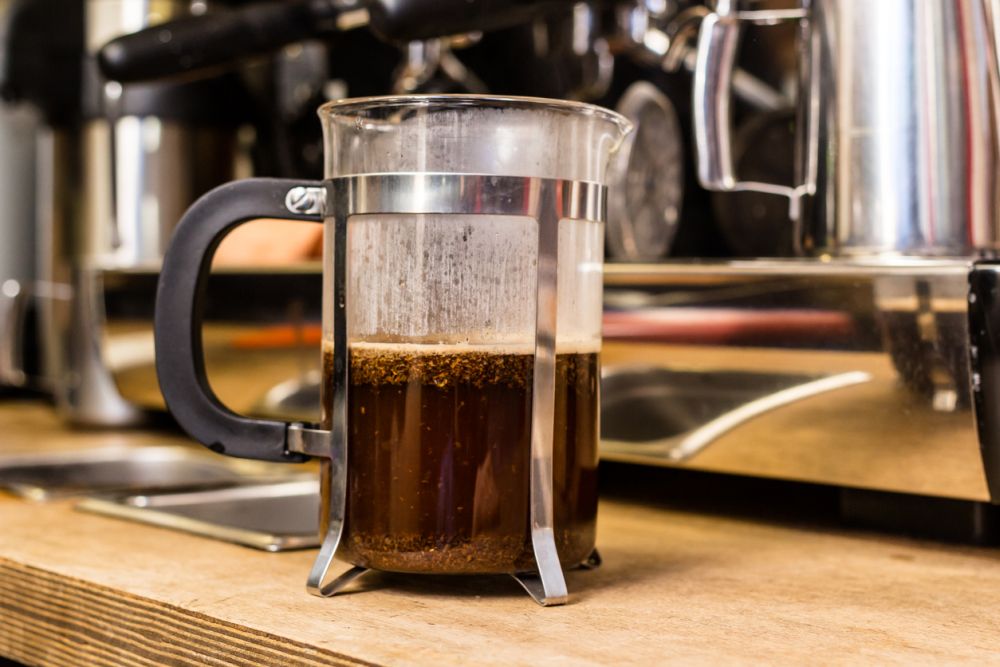 Let’s take a closer look at the differences between espresso vs French Press coffee.

The grind size plays a key role in French Press coffee. You need a coarse grind to prepare this type of coffee, making it easier for the water to seep through the grounds and avoid over-extraction.

On the other hand, espresso is made with very fine grounds since hot water can extract flavors from a larger surface.

French Press coffee has a fuller-bodied flavor because all coffee grounds touch the water throughout the entire brewing process. As such, it extracts more oils and flavors from the beans, giving French Press coffee a richer taste.

On the other hand, espresso has a more concentrated flavor since it uses a small amount of water under high pressure. This results in a less acidic and more bittersweet flavor profile.

One of the highlights of drinking espresso is the smooth, velvety texture that the crema creates; it’s the layer of foam that forms on top of espresso, made of coffee oils and bubbles.

French Press coffee doesn’t have a crema since the brewing process doesn’t create the same pressure. It also has a coarser texture due to the grind size and longer brewing time.

By comparison, a French Press coffee feels much more watered down than an espresso, but not as drip-brew coffee.

French Press coffee generally has more caffeine than espresso because more contact between the grounds and water leads to a higher extraction rate: 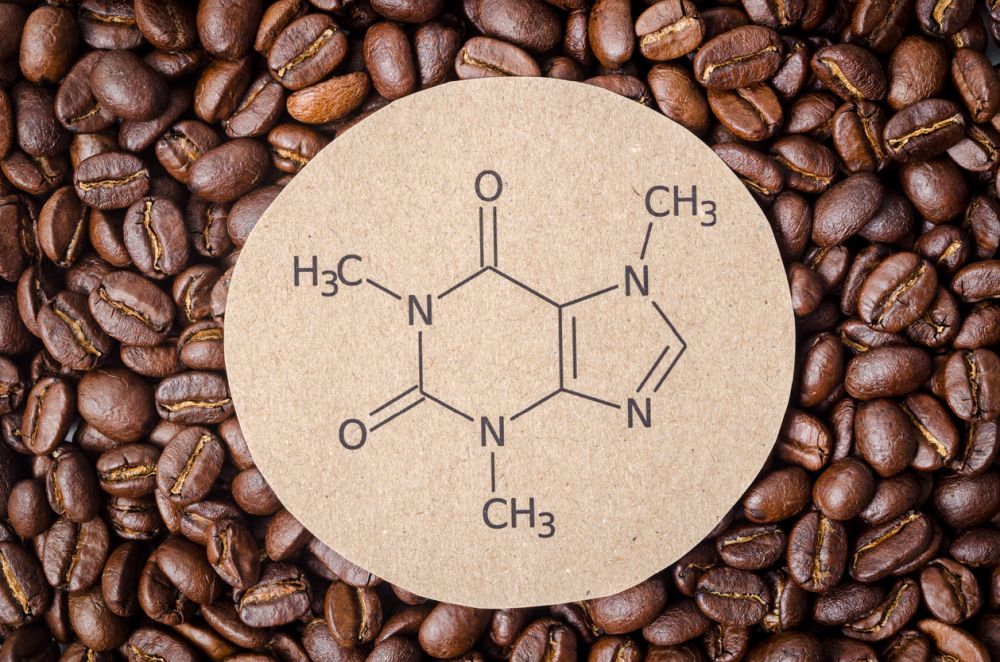 French Press coffee takes around 4 to 5 minutes to brew, while espresso-only takes 20 to 30 seconds.

This is because espresso is brewed under pressure and with very finely ground beans, allowing water to extract more flavor faster.

On the other hand, it takes time to set up the ground coffee, pack it in the portafilter, and add water to the machine’s reservoir, despite the brief brewing time.

Both brewing methods give you control over the outcome, although the French Press is more versatile. For example, the only way to influence an espresso’s taste is by changing the coffee grounds or adding extra cream.

This is where the French Press shines – it’s an incredibly simple device that anyone can use, regardless of their experience level.

Espresso machines, on the other hand, are a bit more complicated. Operating one requires some skill, and it’s also necessary to clean and maintain it regularly. 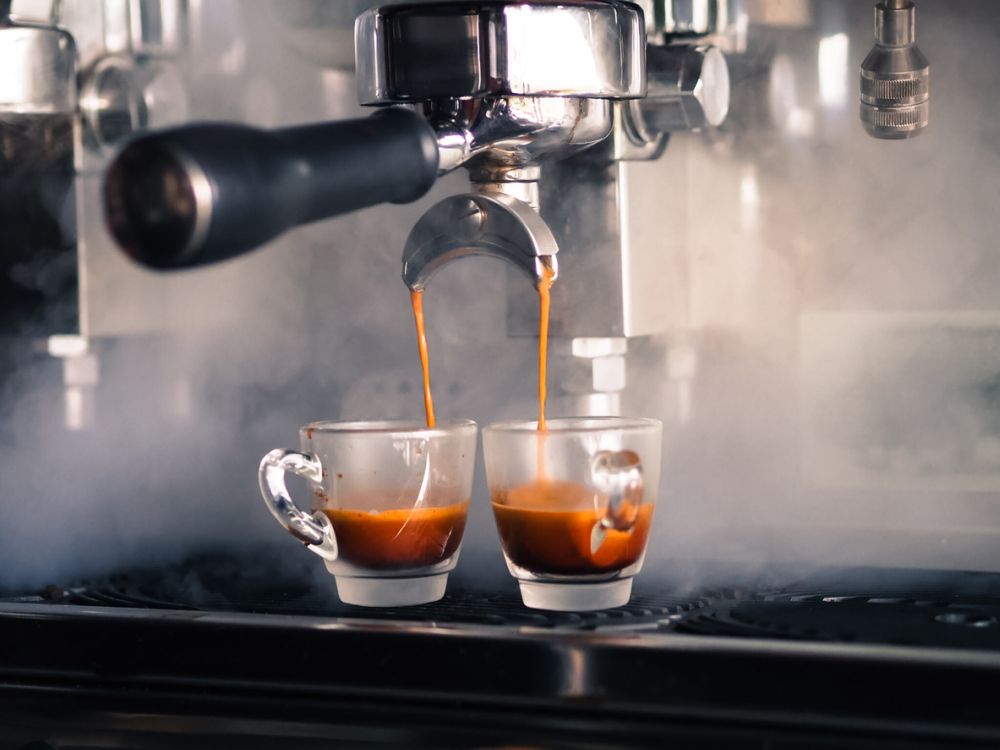 Cleaning an espresso machine is more complicated than cleaning a French Press. You’ll need to disassemble it and clean its parts individually, which can be time-consuming:

On the other hand, cleaning a French Press is all about taking the carafe apart and washing it with soapy water while paying special attention to the mesh filter. You can also give it a good rinse with hot water to remove any coffee residue.

When discussing prices, the difference between an espresso maker and a French Press is astronomical.

The average French press coffee maker is $25, almost as much as a regular drip-brew coffee maker.

Here are some examples of popular French Press coffee makers:

Espresso machines are much more expensive, with the cheapest models available starting at over $100, while high-end consumer-grade models can easily exceed $500.

Here are some examples of popular Espresso machines:

However, with a bit of patience and imagination, you can replicate the taste and feel of espresso without investing so much. We wrote an extensive guide on making espresso without an espresso machine. 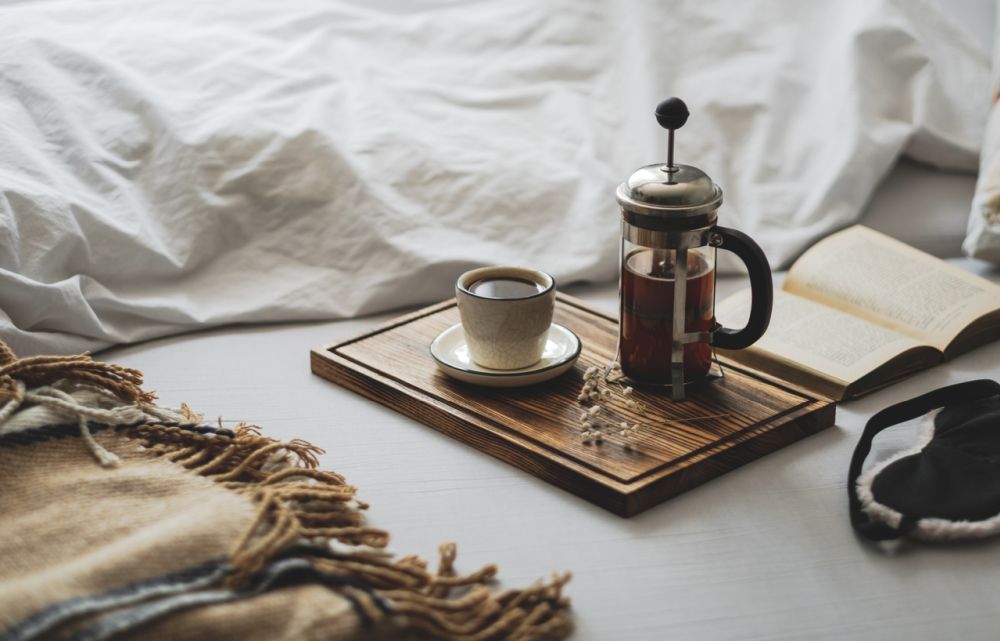 Find out more information about Espresso vs French Press coffee:

Can you use espresso in a French Press?

Yes, resulting in French Press espresso. It’s made by brewing espresso grounds directly in the French Press, creating a strong and intense cup of coffee.

What is special about French Press coffee?

French Press coffee is more versatile than other coffee types, such as drip brew. It involves a more hands-on approach that gives you full control over the brewing process; you can adjust the ingredient quantities and increase or decrease the brewing time.

How many times can you French Press coffee?

Use the coffee grounds only once since most of the flavor, caffeine, and oils are extracted during the first brew. Using them for a second time will result in a hot beverage that will barely even be brown, let alone have any taste or smell.

How much is a shot of espresso?

The average espresso shot is usually served in a small cup of only 1 to 1.25 oz. But you can always ask for a double espresso.

Is espresso stronger than coffee?

So, which should you choose when it comes to espresso vs French Press coffee? It all comes down to personal preference.

French Press coffee is a fantastic choice if you’re looking for a quick and easy caffeine fix that doesn’t require any special equipment or knowledge. It’s also perfect for those who want to customize their coffee, from the type of bean to the strength and creaminess of the drink.

On the other hand, espresso is a more refined and complex beverage that takes some practice to get right. But once you do, it’ll be hard to go back to regular coffee. It’s also a great choice if you’re looking for something to impress your guests with.

What’s your take on espresso vs French Press coffee? Let us know in the comments below.