Is Starbucks coffee organic? You may be surprised to learn the answer. In this article, we’ll explain what organic coffee is and whether or not Starbucks coffee is organic. We’ll also tell you the best alternatives if you’re looking for organic blends. 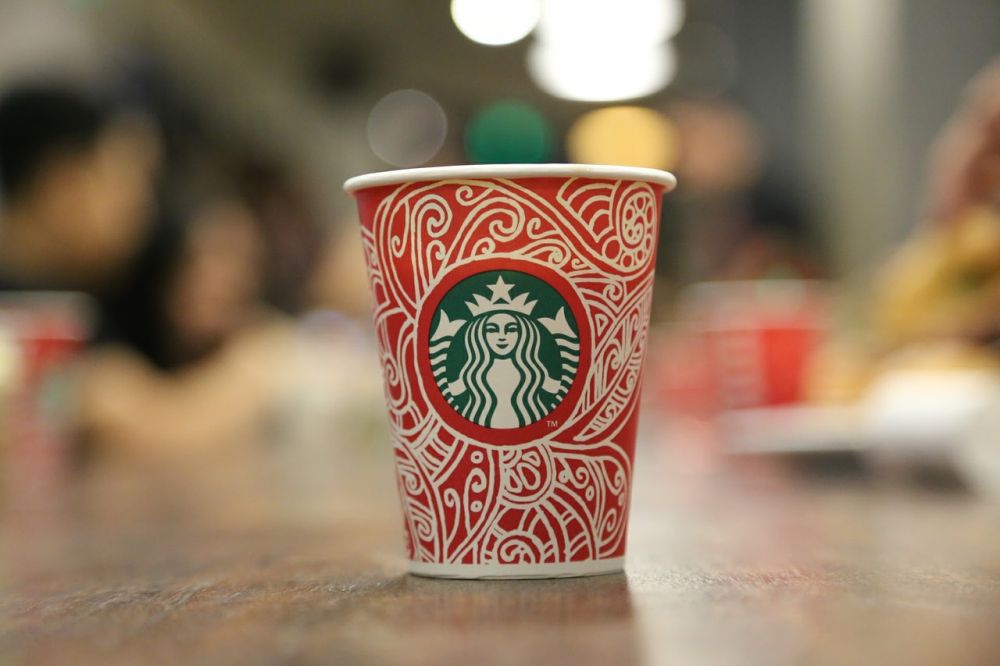 Starbucks is one of the most popular coffee chains in the world. People love its great coffee and friendly atmosphere. But is Starbucks coffee organic?

In today’s article, we will be discussing Starbucks coffee in general and whether or not it is organic.

What is Organic Coffee Anyway?

Before talking about Starbucks, let’s discuss what gives your everyday cup of coffee the right to be called organic.

Organic coffee is made from beans that were grown without the use of synthetic pesticides or herbicides. The coffee is also processed without chemicals or other artificial agents.

One surefire way to know whether coffee is organic is to look at the packaging or on the product’s website and see if it bears the seal from the USDA as being Certified Organic.

To get this seal, the farmers from which the company buys the coffee beans need to comply with Certified Organic requirements (not the company itself).

This means paying several fees for third-party certifying agents and demonstrating that their growing methods are 100% clean. Unfortunately, it can be a financial burden for small-time farmers.

While Starbucks is a popular coffee chain, there is some debate about whether or not its coffee is organic.

Some people believe that Starbucks does not sell organic coffee, while others claim that the company does, although it is not clearly labeled as such.

So, what is the truth? Is Starbucks coffee organic or not?

The short answer would be no. For their coffee to be considered organic, absolutely everything that goes into their brew also needs to be certified organic. This includes the coffee, spices and syrups, and various dairy products. 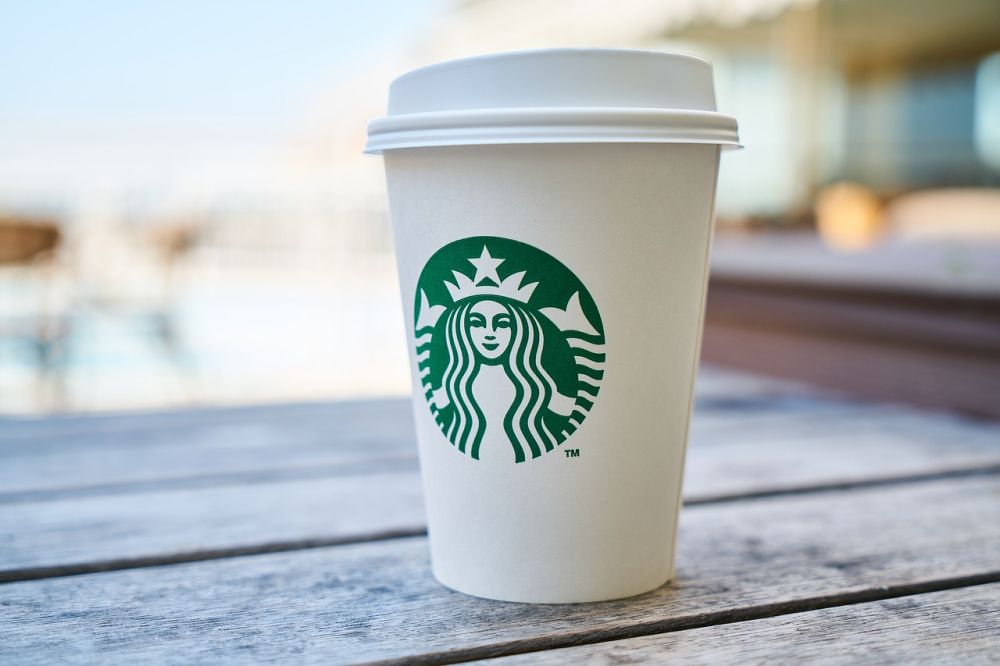 Let’s take a closer look at the organic coffee requirements and how Starbucks fails to meet them:

Why? Because it’s their right for which they pay the extra money, and it lets consumers know that what they are drinking is genuinely organic.

Since Starbucks never does this except with a select few blends that are part of their catalog of organic coffee products, it’s a clear sign that most of their products are not organic.

Before anything else, Starbucks is a coffee chain. As such, the main product it sells is coffee.

While Starbucks does sell organic coffee, it is not their primary focus. And they do not have a separate line of organic coffee beans like some other brands.

Closely inspecting the Starbucks menu reveals that organic coffee makes up for only a fraction of their entire coffee selection.

Yes, the company sells a few blends of organic coffee. But they are not as easily accessible as their more popular non-organic coffee beans.

However, as discussed earlier, it’s tough for small-time farmers to afford paying for the certification fees.

When this happens, most large companies talk about how sustainable the farming is and how they still contribute to the organic movement, without ever actually using the word organic.

Starbucks is one of these companies, and they have been outspoken about their contributions to a sustainable farming community.

Starbucks has had a long history of scandals over scandals because many of their spices are not what they are supposed to be (e.g., the pumpkin spice in the Pumpkin Spice Latte).

Some food blogs revealed that most of the Starbucks syrups and spices are nothing more than a mixture of entirely non-organic ingredients:

According to a study from Green America, Starbucks dairy products are a genuine environmental issue.

Specifically, the cows that produce the dairy products are kept in concentrated animal feeding operations (a.k.a. CAFOs). And they are fed nothing but grain made up entirely of genetically modified corn, soy, alfalfa, and cottonseed.

This presents long-term risks to the cows’ health. On top of that, growing these crops is also dangerous to the soil and water used. To make matters worse, livestock is treated with antibiotics, giving rise to antibiotic-resistant bacteria that pose a real threat to human health.

While their regular dairy products are far from organic, we have to admit that, as far as Starbucks’ plant-based beverages are concerned, they are doing pretty well. Their soy milk is made entirely of USDA-certified organic soybeans, which is a big plus. 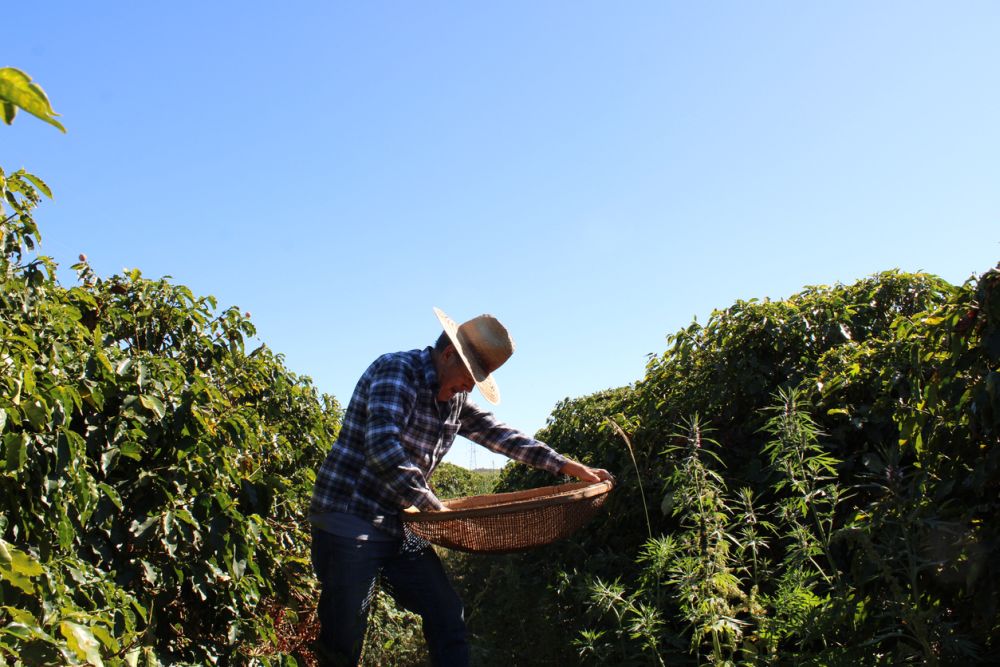 Another aspect closely tied to whether Starbucks coffee is organic or not is its ethical sourcing status. Generally speaking, the best way to tell if a product is ethically sourced is if it has the Fair Trade seal on the packaging.

Fair Trade is defined as follows:

[…] trade between companies in developed countries and producers in developing countries in which fair prices are paid to the producers.

However, following fair trade standards is more complicated than you might think. And that’s why Starbucks sticks to a set of standards that offer more wiggle room.

These are called Coffee and Farmer Equity (CAFE) Practices, and according to the Starbucks 2020 Global Environmental and Social Impact Report, 98.6% of the coffee is ethically sourced.

To get an idea of how different CAFE is from Fair Trade, take a look at the CAFE Practices Generic Evaluation Guidelines. It is clear they are not as strict as the Fair Trade rules. For example, the buyer (in this case, Starbucks) would have to pay the farmer directly for the coffee beans to meet fair trade guidelines.

According to the official documentation:

Suppliers are the direct recipients of coffee payments from Starbucks. It is expected that Starbucks coffee suppliers will pass on an equitable share of coffee revenues (i.e., financial rewards) through the supply chain to coffee farmers and processors.

It means that both the suppliers and processors get a cut of the revenue, so farmers never actually get the total amount paid by Starbucks.

This is precisely why many people slam Starbucks’ claim that their coffee is ethically sourced since it’s more of a gray area, depending on how you look at it.

After going through all of this information, it is safe to say that the answer is no. While they might be using some organic ingredients, most of their coffee is not organic.

What’s more, their dairy products come from cows kept in CAFOs and treated with antibiotics, which is far from being ethically sound. Therefore, if you’re looking for a completely organic cup of coffee, Starbucks is not the place to go.

While they don’t make up a big part of Starbucks’ catalog, they do have several organic coffee varieties that you can try:

Note: The last two are made by companies also owned by Starbucks. So by extension, they are also from the Starbucks coffee selection.

Other companies offer organic coffee that might better fit you; some specialize in producing only organic coffee. While their price tag may be higher, you can rest assured knowing that their coffee is genuinely organic.

Here are some of the best organic coffee brands: 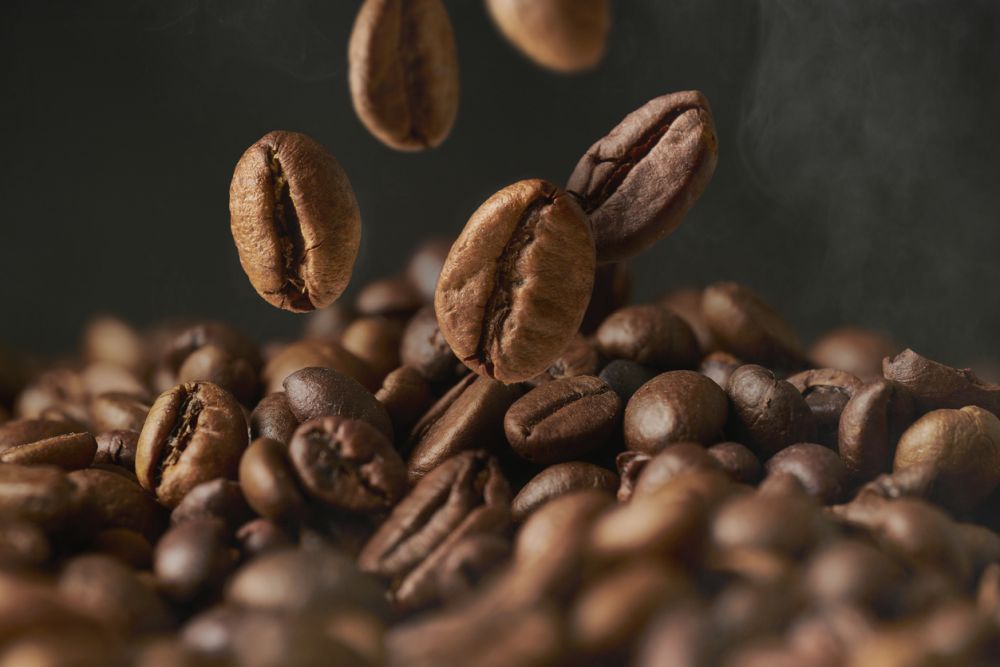 Find out more about Starbucks coffee:

Starbucks has been frequently slammed for serving coffee-based beverages that are unhealthy calory bombs due to high amounts of fat and added sugar. However, this also depends on what Starbucks beverage you prefer. It’s generally best to stick to the most uncomplicated coffee on their menu.

Does Starbucks have anything organic?

Yes. While small compared to the rest of the coffee selection, Starbucks has a lineup of organic coffee.

Where is Starbucks coffee sourced from?

Starbucks’ coffee is sourced worldwide, focusing on countries in the Asia-Pacific region.

It’s a grey area. Starbucks claims that 98.6% of its coffee is ethically sourced. However, these numbers are not based on Fair Trade standards but rather on a proprietary set of standards called Coffee and Farmer Equity (CAFE) Practices.

We hope that this article has helped clear up any confusion you might have had about Starbucks and their organic coffee. It is important to remember that just because a company is big does not mean that it is automatically bad.

Starbucks is a giant taking steps to improve its coffee and make it more sustainable. Who knows, maybe they will be completely organic in a few years.