Green tea and coffee have been enjoyed for centuries and are now consumed all over the world. Both are energy boosters, but they also differ in many ways. Find out everything you need to know about green tea vs coffee. 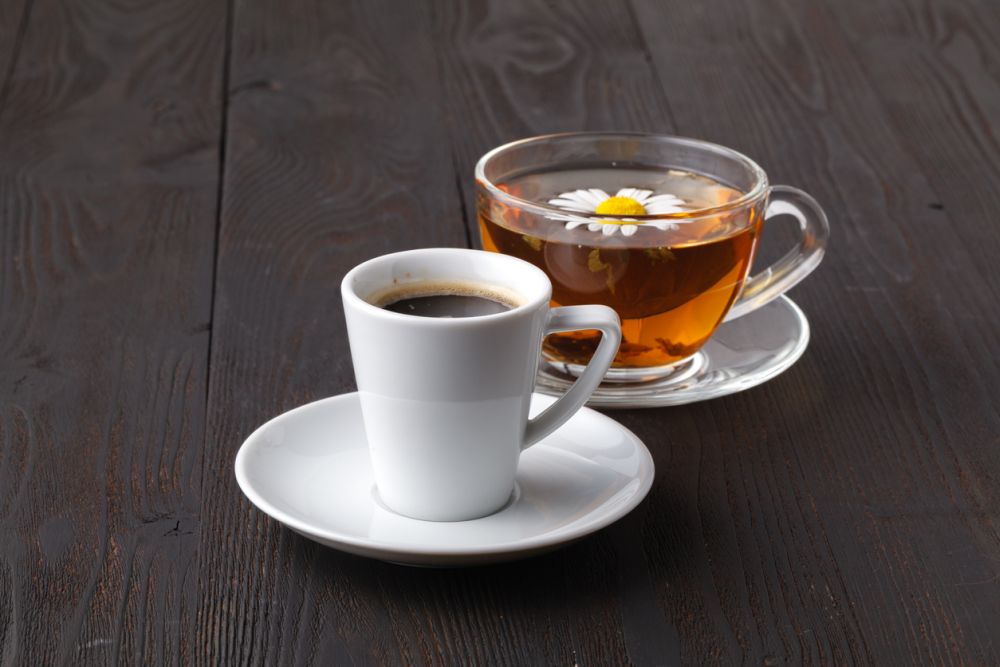 The debate on whether green tea or coffee is the superior brewed drink has been around for ages, with die-hard fans on both sides. But what does the science say?

Let’s look at green tea and coffee to see which one comes out on top.

It may come as a surprise, but not everyone is familiar with green tea and coffee. So, before we dive into a comparison, let’s take a quick look at each drink.

What Is Green Tea? 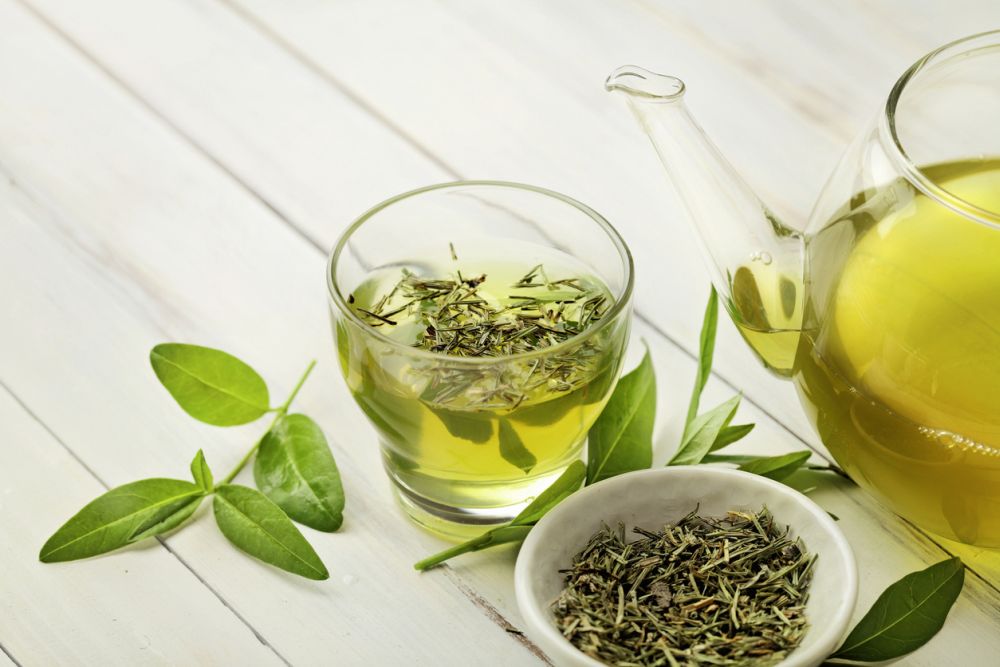 Green tea is a beverage made by steeping the dried leaves of the Camellia sinensis plant in hot water. The result is a light-colored drink with a slightly grassy taste.

Green tea has been consumed for centuries in Asia and has only recently become popular in the Western world.

Coffee is made from the roasted seeds of the Coffea plant. The two most popular types of coffee beans are Arabica and Robusta.

Once the coffee beans are roasted, they are ground up and brewed with water to make coffee. Coffee can be enjoyed black or with milk and sugar added to taste.

Now that you know the basics about these two drinks let’s take a more in-depth look at the key differences.

If you’re a practical person, you probably drink green tea, coffee, or both because they give you a good caffeine fix.

However, the amount of caffeine in these drinks is very different, with coffee being the more potent choice.

On average, one cup (8 ounces) of green tea contains around 25-50 mg of caffeine, although this can vary based on several factors:

Meanwhile, a 8-oz cup of coffee can have anywhere from 95 to 200 mg, and just like with the green tea, these values vary based on several factors:

So, if you’re looking for a stronger caffeine boost, coffee is the way to go. But if you’re sensitive to caffeine or just want a more moderate dose, green tea is a better choice.

We’ve written an entire article covering the caffeine in both green tea and coffee, so go ahead and read it if you want to find out more. 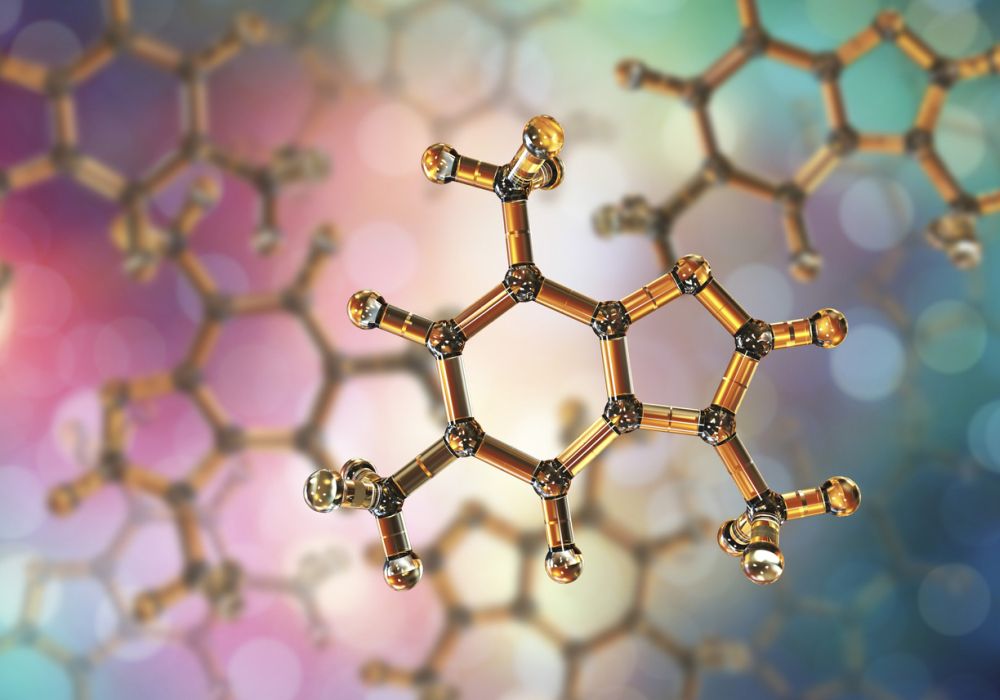 One must keep in mind that not everyone has the same caffeine tolerance, and some may prefer green tea precisely because it doesn’t have that much caffeine.

However, another key difference between the two beverages is how the caffeine is released into the bloodstream.

There was even a study where patients were given L-theanine and caffeine, and reports show that they showed improved mental focus and a reduced heart rate compared to those who were given caffeine alone.

In other words, green tea contains less caffeine, and the combination of L-theanine and caffeine in green tea results in a more smooth and balanced release, unlike the sudden caffeine jolt that you experience when drinking coffee.

So if you’re looking for a beverage that will give you an energetic buzz without making you feel jittery or anxious, green tea is the way to go.

If you’re not in it for the caffeine, you probably wonder which of the two drinks tastes better.

Unfortunately, this is very subjective, so instead of comparing which of the two drinks tastes better, we’ll compare the possibility for variety and flavor enhancement.

Coffee served black tastes very bitter, which can be a turn-off for some people. But there are plenty of ways to enhance the flavor of coffee, such as by adding milk, cream, sugar, or any number of syrups or powdery toppings.

On the other hand, green tea is usually drunk plain without any additions, and even when you decide to enhance the flavor, you usually just add a bit of sugar or honey.

However, there are different types of green tea with varying degrees of bitterness, and green tea can also be flavored with fruits or spices to make it more palatable.

There are plenty of green tea mixes that you can buy, either with fruity or floral flavors.

So in terms of flavor variety, green tea comes on top, but as far as customization is concerned, coffee is the more versatile brew.

While the standard brewing method for both teas and coffee is to steep the tea leaves or coffee grounds in hot water to extract the flavor, both beverages can be prepared in many ways.

There are iced versions, cold brews, and different brewing methods that can be used to create unique flavors and experiences.

You can even make cocktails with green tea and coffee as the base, and there are even alcoholic versions of the popular drinks, such as the all too popular coffee liqueur.

So in terms of variety, both beverages offer a wide range of options. 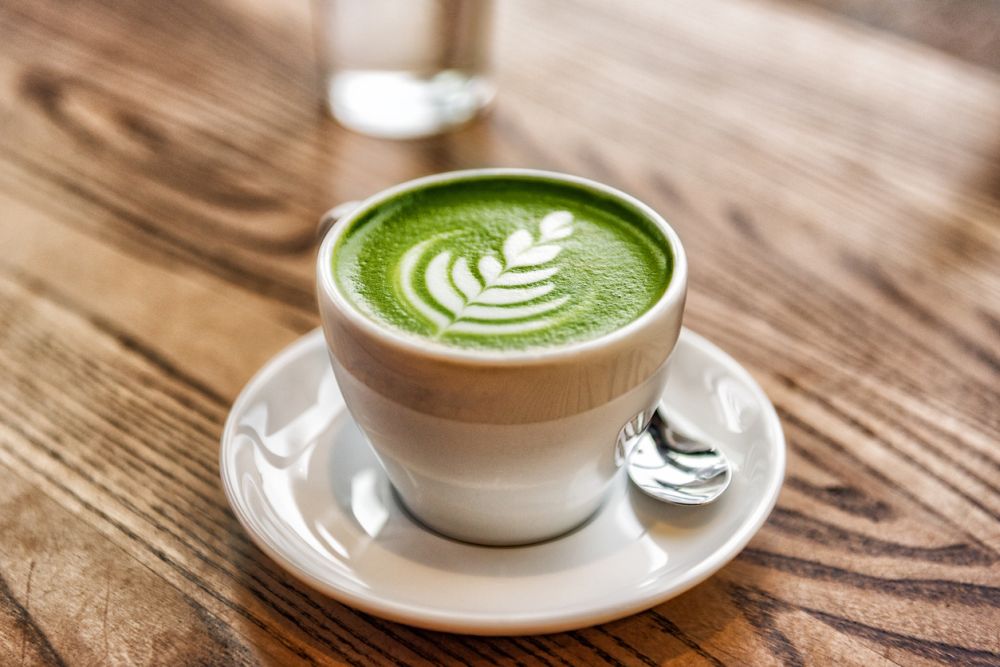 As we mentioned earlier in the section above, there are plenty of ways to serve green tea and coffee, and this involves using different brewing methods to obtain different kinds of drinks.

For example, here are some of the most popular brewing methods for green tea:

Meanwhile, there are even more ways to brew coffee than there are to brew green tea, including these popular methods:

However, a few brewing methods are common for both green tea and coffee, including cold brews that have become all the rage in recent years.

Cold brews are simply steeping the tea leaves or coffee grounds in cold water for an extended period, usually 12 hours or more.

Let’s not forget that we’re comparing beverages here, and whenever you’re pitting together foods and beverages, it’s always a good idea to look at the health benefits they offer.

In general, green tea and coffee offer a fair share of health benefits, but green tea has a slight edge over coffee in this department. 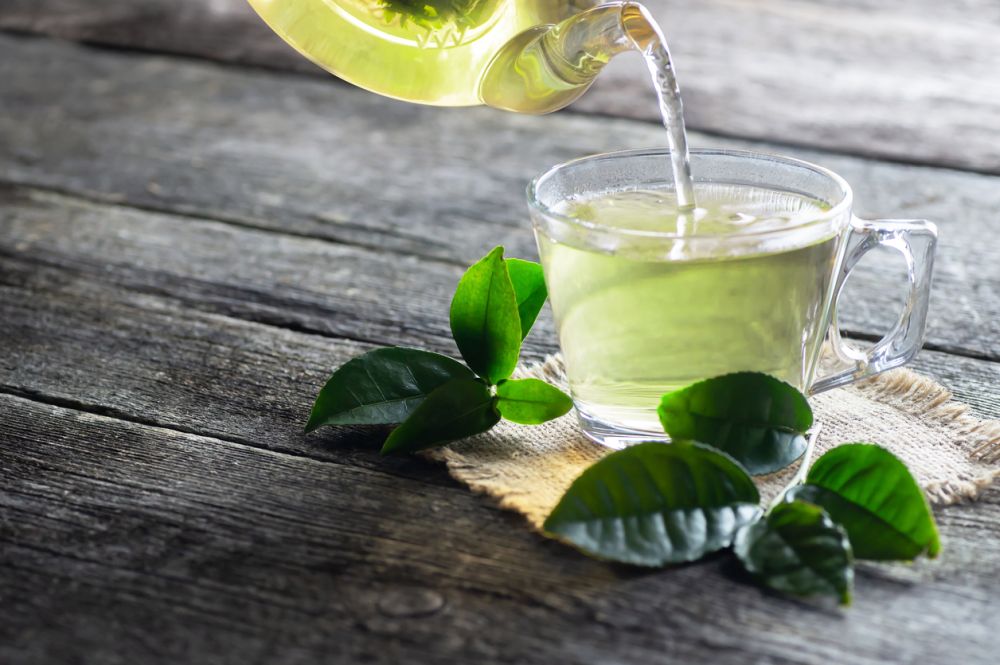 Green tea is rich in antioxidants, which can help to protect your cells from damage and improve your overall health. Green tea has also been linked with lower risks of cancer, heart disease, stroke, and improved brain function.

Coffee contains antioxidants and has been linked with numerous health benefits, including a lower risk of death from all causes, reduced inflammation, and a lower risk of cancer.

Both green tea and coffee have been shown to help with weight, all thanks to their caffeine content and certain polyphenols.

Caffeine elevates your heart rate and increases your metabolism, which can help you burn more calories, even when you’re not physically active.

Not only that, but when you engage in physical activity, your body will be able to push harder and for longer periods.

Green tea is rich in a polyphenol called Epigallocatechin gallate (EGCG). At the same time, coffee is rich in chlorogenic acid (CGA), which has been shown to boost metabolism and help with weight loss.

These work by lowering your insulin, blood cholesterol, and triglycerides in your blood, and they also reduce the amount of visceral fat (the fat that surrounds your organs).

So, if you’re looking to lose weight, green tea and coffee are both great options. 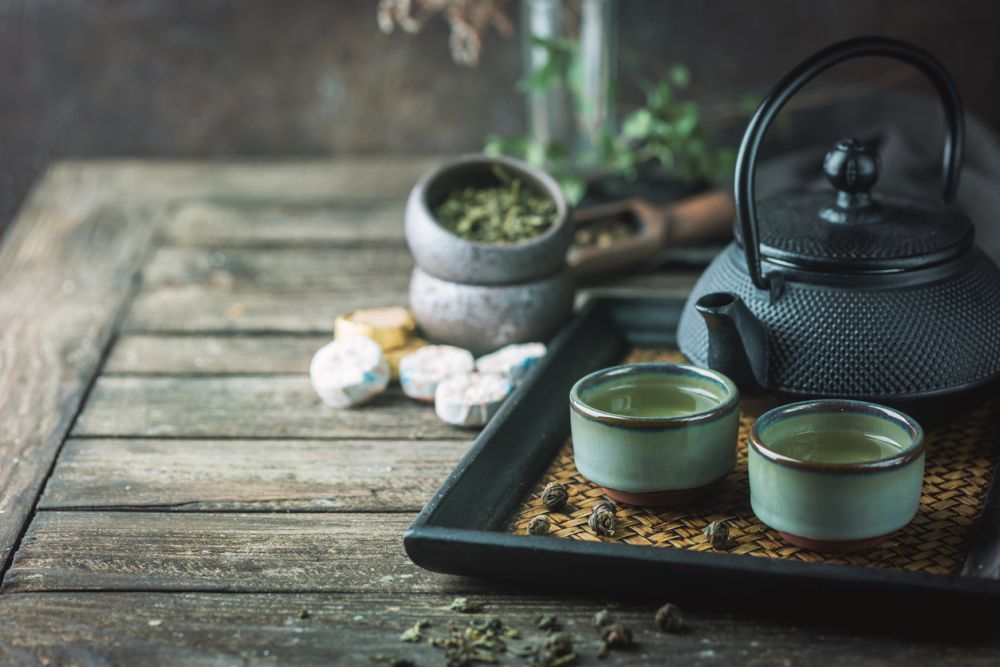 The third reason someone would choose between green tea and coffee is to make a statement about themselves as a person, and both beverages have their own distinct cultures.

Green tea has a long and rich history that dates back centuries, and it’s been an integral part of Japanese culture for generations.

The Japanese Tea Ceremony is a ritualized event that revolves around the preparation and consumption of green tea, and it’s considered an art form in itself.

So, if you’re choosing green tea for the culture and what it represents, know that it stands for:

On the other hand, coffee is more closely associated with western culture, particularly American culture. It’s often seen as a way to start the day, and it’s also become synonymous with working late into the night.

However, coffee culture has exploded in recent years, with hipster cafes popping up worldwide, serving up Instagram-worthy concoctions.

So, if you’re choosing coffee for the culture and what it represents, know that it stands for:

So if you’re looking for a beverage that’s steeped in history or one that’s on-trend, you’ll have to decide between green tea and coffee. 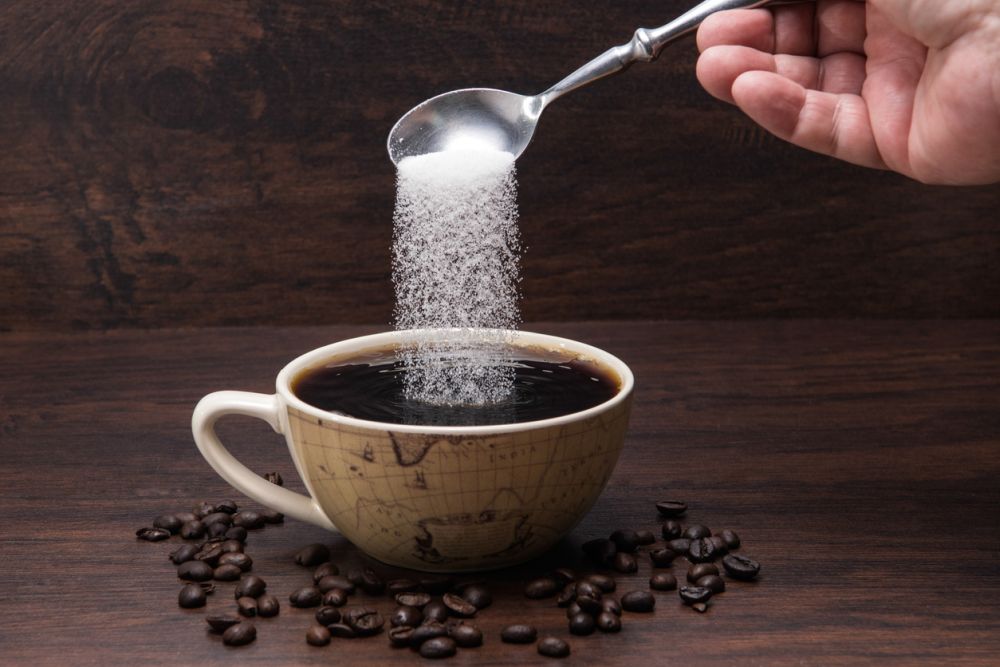 Moderation is the key to consuming any kind of food or beverage, and otherwise, healthy drinks, like green tea and coffee, can have their downsides if you drink too much.

How to Make Your Green Tea and Coffee Healthier 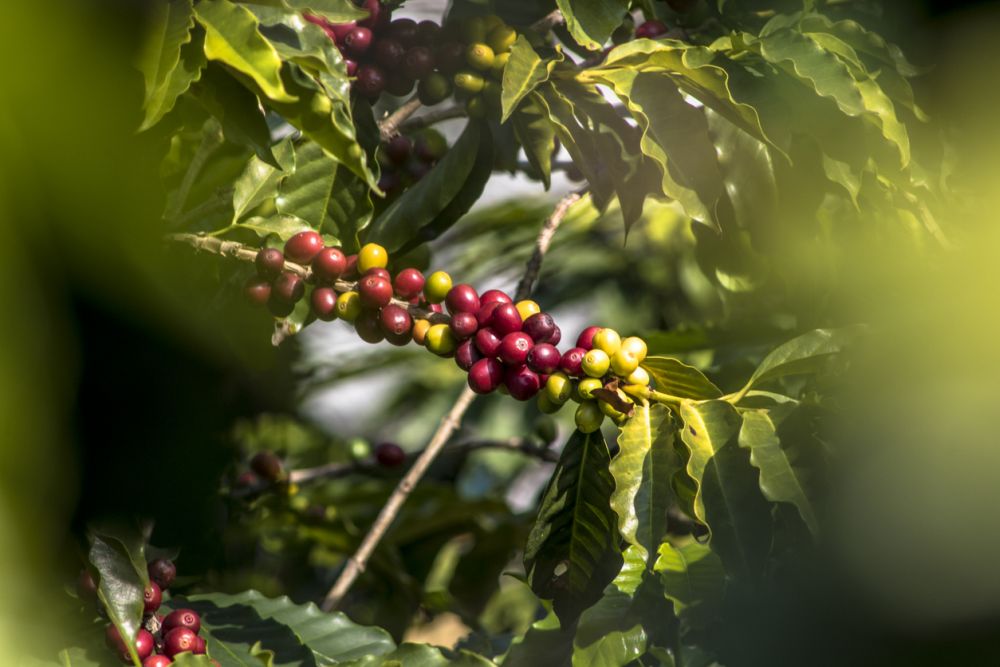 Green tea and coffee have plenty of health benefits, but there are ways to showcase these benefits even more.

Thus, here are a few tips on how to maximize the healthfulness of your green tea and coffee:

Your questions are always welcome, and we’ll try to answer some of the most common ones about green tea and coffee below:

Is it healthier to drink coffee or green tea?

Both green tea and coffee have similar health benefits, thanks to being rich in antioxidants and polyphenols.

However, many people are more partial to green tea since it won’t give them the jitters. And it’s much more gentle on their stomach when compared to highly-acidic coffee. 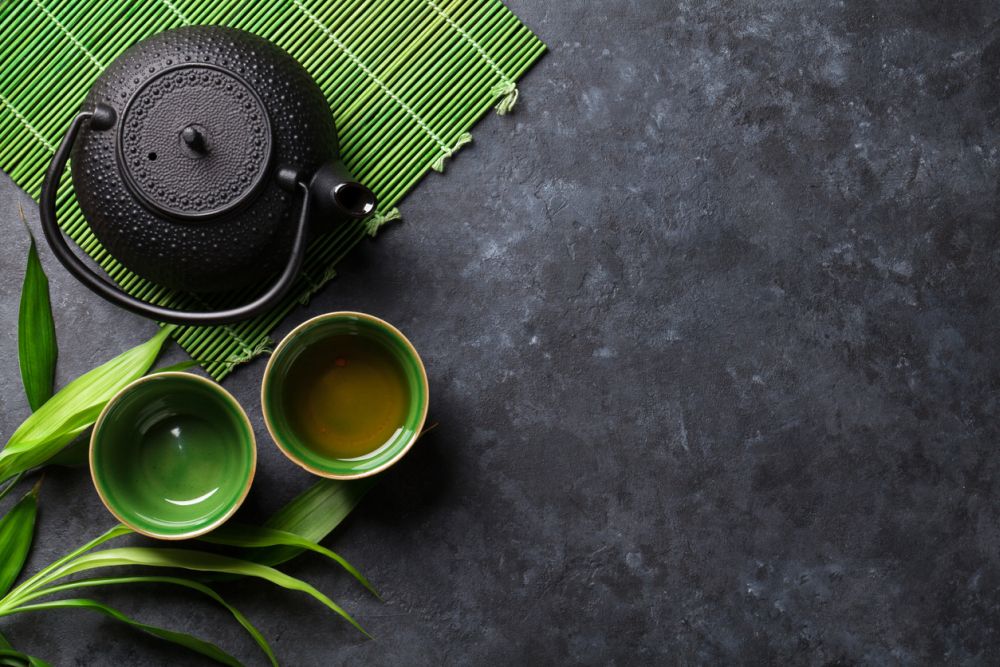 How many cups of green tea equals a cup of coffee?

It’s hard to determine the exact value since the caffeine content in green tea and coffee can vary greatly.

However, know that even the strongest green tea cannot match a weak cup of coffee of equal serving size. You’d need around 2 or 3 cups of green tea to match the same caffeine content of a cup of coffee.

Is caffeine from green tea better than coffee?

Caffeine is still caffeine, no matter the form in which it comes.

However, green tea contains less caffeine than coffee and substances that help with mental focus and relaxation, so it ends up released into the bloodstream at a much slower rate for a longer time.

EGCG (epigallocatechin gallate) is generally considered safe, and even food supplements contain it. However, one must follow the daily dose since large quantities of EGCG can affect your liver.

One of the biggest downsides of drinking too much tea, both black and green, is that they are rich in oxalates, which promote the development of kidney stones.

So, if you have a history of kidney-related issues, it’s best to avoid large quantities of kidney stones altogether.

So there you have it, a comprehensive comparison of green tea and coffee.

As you can see, both beverages offer their own unique set of benefits, so it comes down to personal preference.

Do you prefer the energizing effects of caffeine or the calming effect of L-theanine? Do you like your drinks, sweet or bitter? These are just some things that you’ll need to consider when choosing.

Of course, there are plenty of other reasons why someone might want to choose one beverage over the other, but these are some of the most common ones.

It all comes down to personal preference, so choose whichever beverage you enjoy more.